Understanding locks and deadlocks in PostgreSQL

Locks in PostgreSQL are used to ensure that concurrent transactions do not interfere with each other. When a transaction modifies a piece of data, it will take out an exclusive lock on that data, which prevents other transactions from modifying it until the lock is released. PostgreSQL also supports shared locks, which allow multiple transactions to read the same data simultaneously, but not modify it.
Deadlocks occur when two or more transactions are waiting for locks held by the other. To prevent this, PostgreSQL uses a technique called lock escalation, where it releases multiple locks and replaces them with a higher-level lock, such as a table lock. Additionally, PostgreSQL can detect and resolve deadlocks by canceling one of the transactions that is involved in the deadlock.
To troubleshoot locks and deadlocks, you can use the pg_locks and pg_stat_activity views to view the current locks held by each transaction and the queries that are being executed. Additionally, you can use the pg_deadlock_detect() function to manually detect and resolve deadlocks. It's important to note that it's important to understand the application's access pattern and query patterns to prevent and troubleshoot lock and deadlock issues. 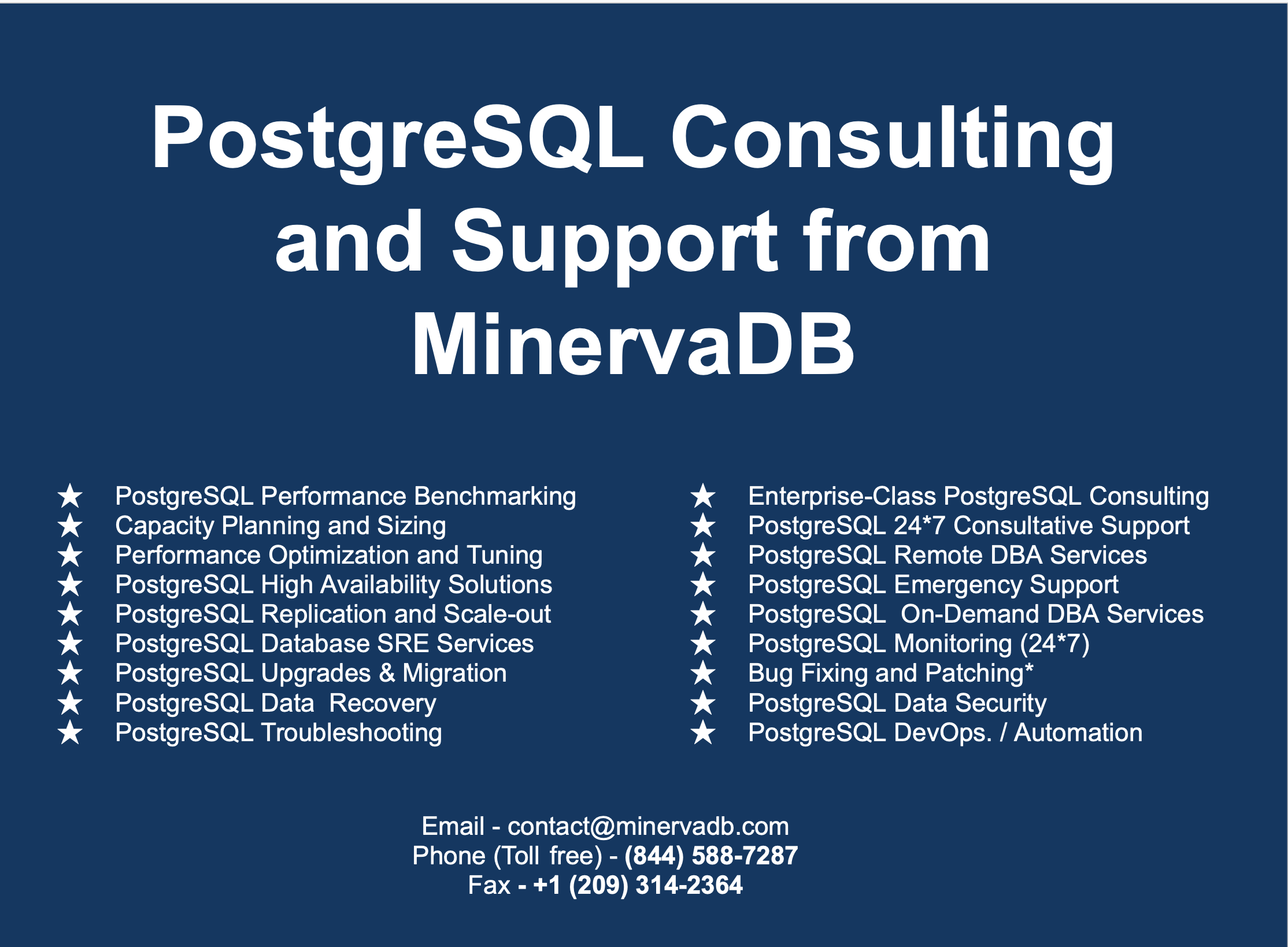 * Everything changes over time – Our blogs/posts and comments changes over time, That’s how it should be! Whatever we comment from MinervaDB Inc. Teams (including Shiv Iyer) and other stakeholders or guest bloggers posted here are never permanent, These things worked for us. But, there is no guarantee they will work for you too, When using the recommendations from ChistaDATA or MinervaDB or MinervaSQL or any other online resources / Google,  You must test the advice before applying them to your production systems, and always invest for a robust Database DR solution, Thank you for understanding.

HOW CAN WE HELP?

We are committed to building Optimal, Scalable, Highly Available, Reliable, Fault-Tolerant and Secured Database Infrastructure Operations for WebScale to our customers globally

📨 Only for MinervaDB 24*7 Enterprise-Class Support Customers

If you are a MinervaDB 24*7 Enterprise-Class Support Customer, You can submit support tickets by sending email to support@minervadb.zohodesk.com or submit tickets online here

📌 Add us on Skype

Discounts are applicable only for multi-year contracts / long-term engagements, We don’t hire low-quality and cheap rookie consultants to manage your mission-critical Database Systems Infrastructure Operations and so our consulting rates are competitive. Being a virtual corporation (no physical offices anywhere in the world), whatever you pay go directly to our consultant’s fee. It’s impossible for us to offer you low-cost consulting, support and remote DBA services with elite-class team, Thanks for understanding and doing business with MinervaDB.